Politikk
26.11.18
Talented graphic design graduates on how they create - and what they expect from the real world.
Text: Mellina Villanueva/Untold Editorial

Eight months from now, they will officially be graphic designers. Behind them, three years of brain twisting, searching for their very own creative, different and beautiful signature touch. It was all displayed at Kristiania University College a few weeks ago. 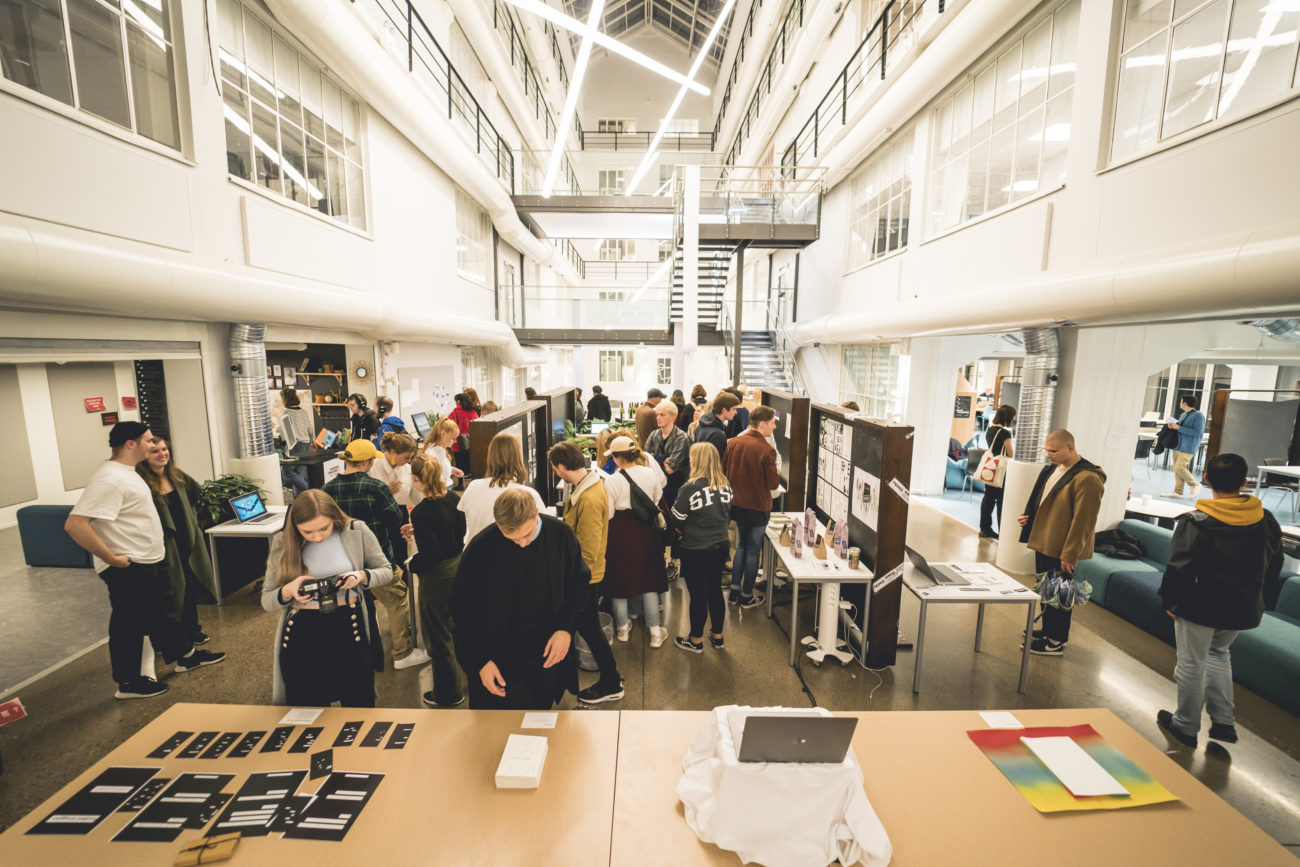 The students were given 8 weeks to create a personal project and brief, resulting in 30 wildly different projects – from board games to graphic profiles for festivals in the exhibition “Vill Fest/Veldig Faglig/Visuell Fordypning” at Campus Fjerdingen in Oslo. We spoke to 3 of our favorites. 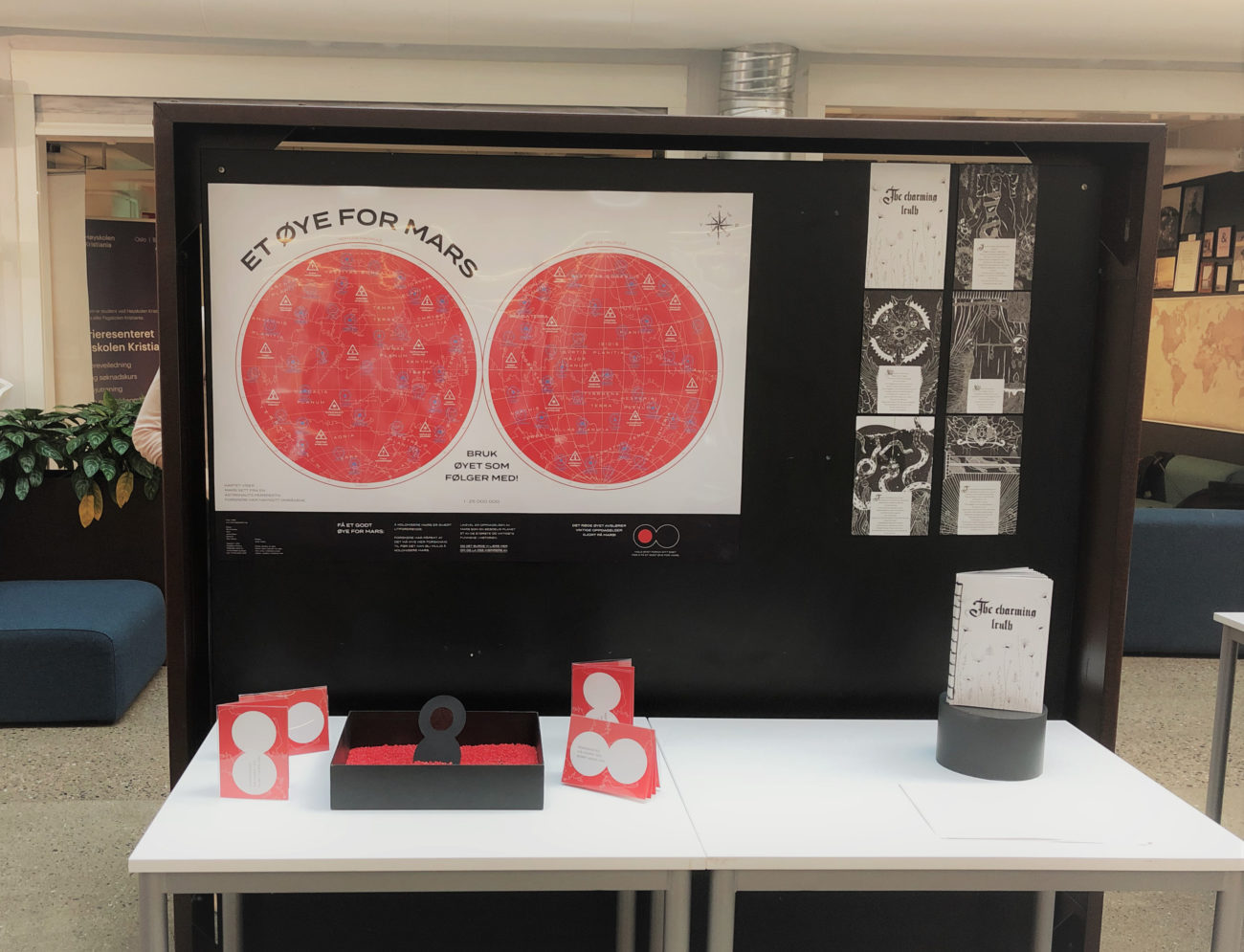 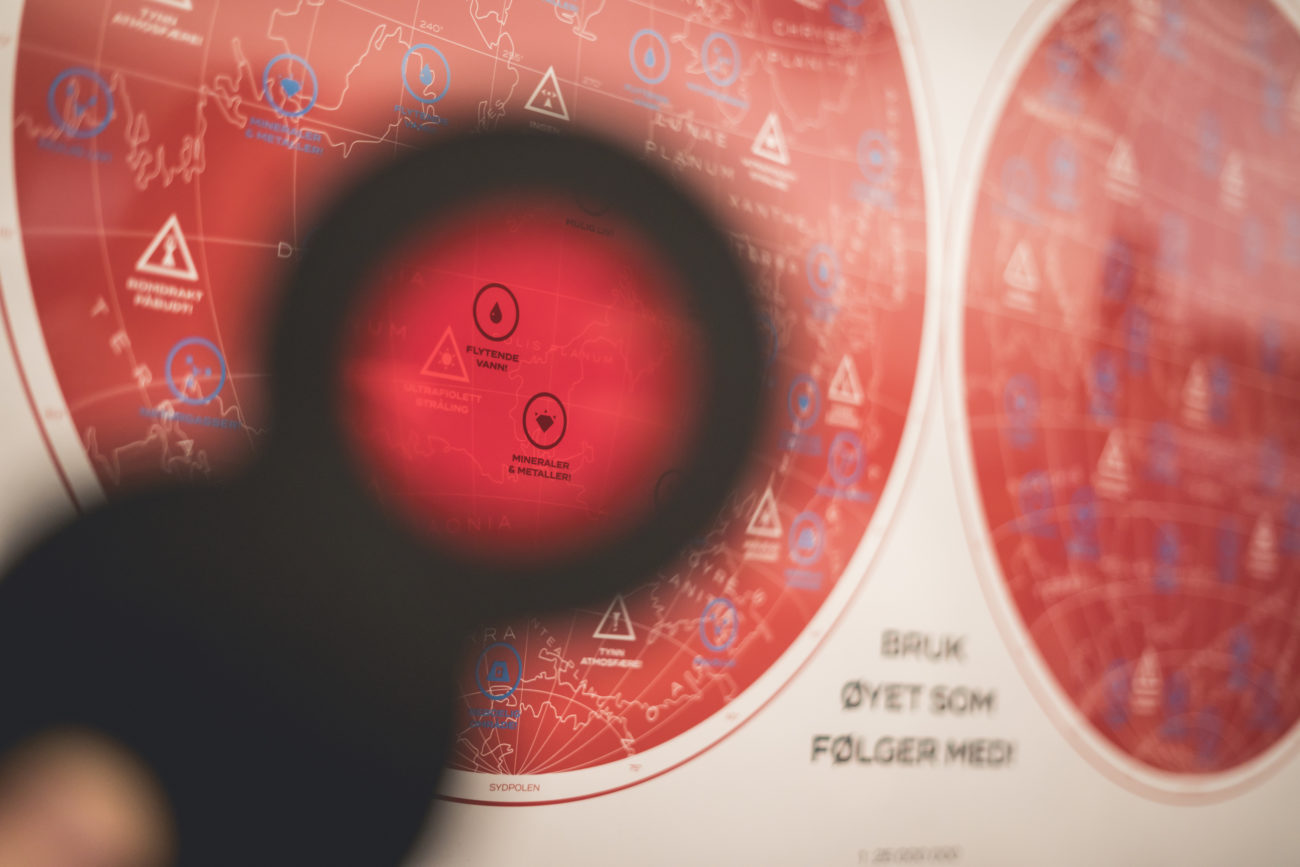 This is a map of the planet Mars. It’s a futuristic concept, designed to make people reflect about the colonization of the red planet, and the positive and negative sides of it. Hopefully, the viewers end up with a clear opinion.

Surrounding myself with other creative people. My class is full of creative people and I enjoy just hanging out at school to receive and give feedback. That way, we all have the possibility to take part in many different creative projects!

Hopefully, working at a place I’ll enjoy, with a great working environment. I want a job where I’m allowed to challenge myself in a creative way by doing things I’m already good at, as well as things I don’t already know. That’s important. 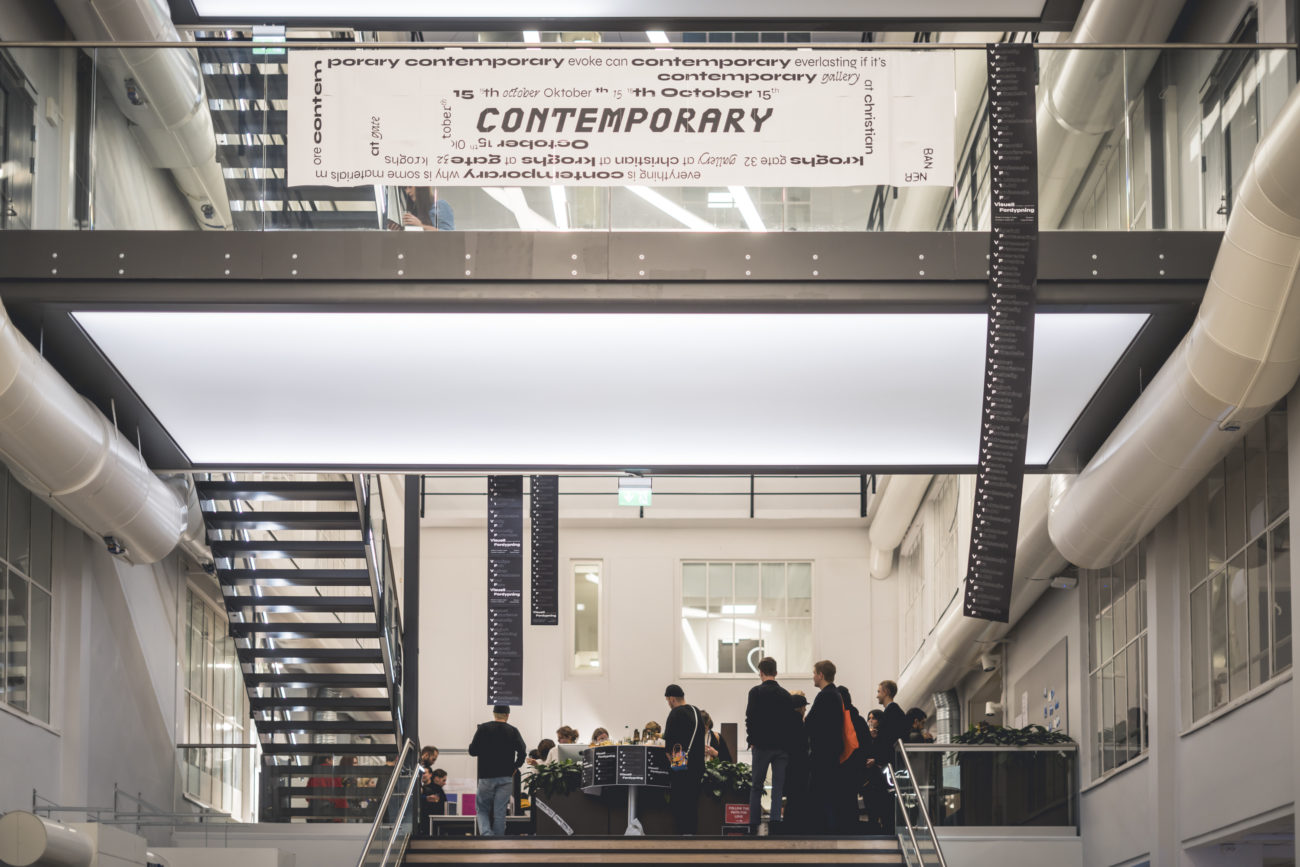 I’ve tried to design an exhibition inside an exhibition – something like Inception. Where I’ve had the role of creating a visual profile for this exhibition on both digital and analogue platforms. The thought behind the design is recycling and contemporary art, as well as being able to take things both seriously and not so seriously. That’s my style in this project: maximalism and epilepsy.

Frustration and when I don’t know what to do. I dig myself into my own little hole, and then out of nowhere I get an idea, and I’m like “Okay, yes, I gotta do this!”. This is what drives me. It’s like a rollercoaster – ups and downs. And often it’s during the down periods I come up with something interesting.

Well, hopefully I’ll get a job. I don’t really have that many plans, but yeah. First and foremost get myself a job and get the knowledge from working with actual costumers. 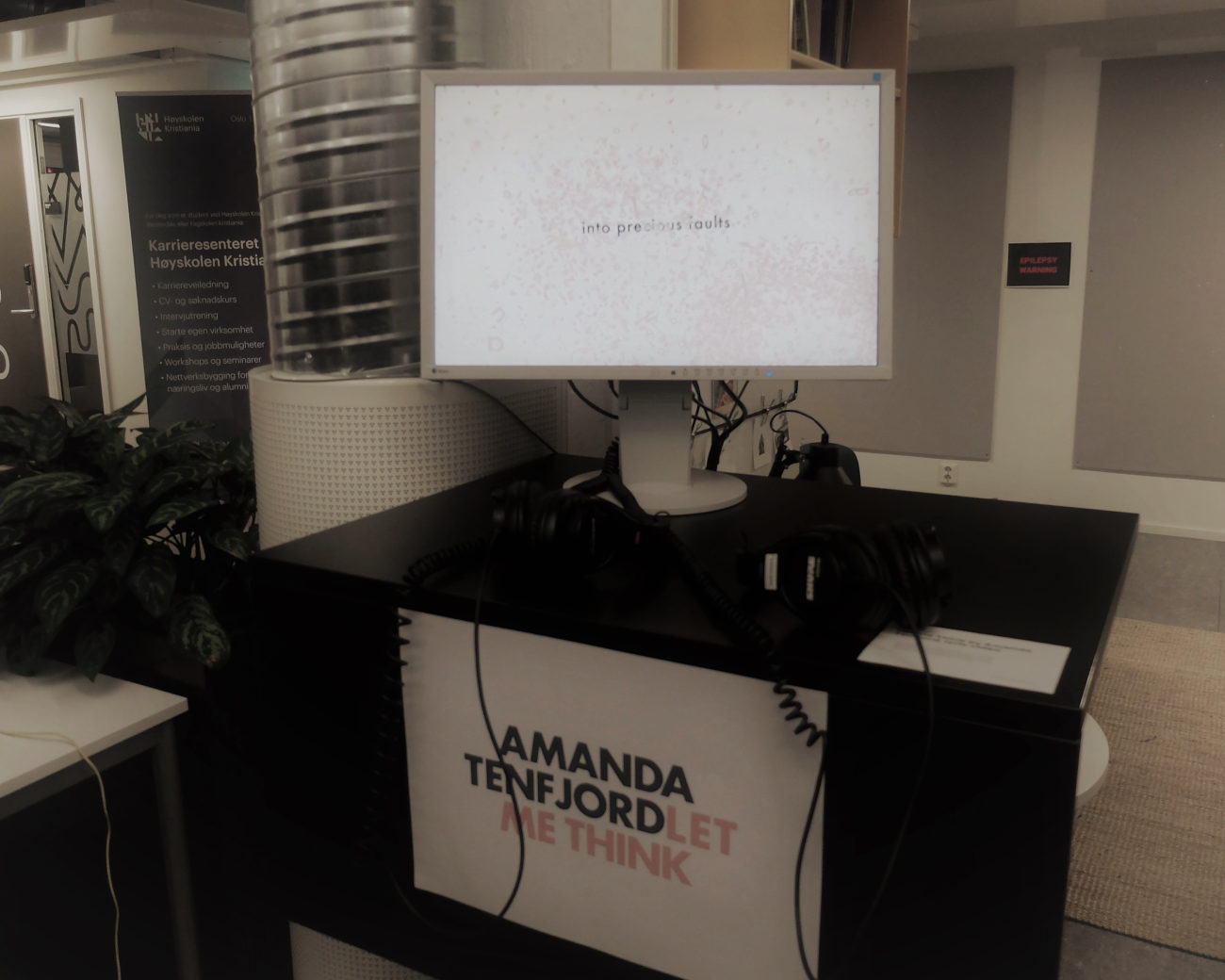 A lyric music video for the up and coming Norwegian artist Amanda Tenfjord. Making it, I’ve digged down into how visual tools can make the message of the song clearer, as well as how animation can make the song more powerful – if possible.

Doing things I’m not supposed to do. I’m often the most creative when I don’t work with what I should be working on. Or when I’m focused on something else. I get many ideas when I’m sitting on the bus or right before I go to bed.

I don’t know. Get a job perhaps? We’ll see. I don’t think I’ll end up only working as a graphic designer, even though that is what I’m studying. I’m very interested in film and photography, so I’ll probably end up freelancing doing different things. Or maybe apply for a job at an advertising agency for instance, because there are a lot of cool agencies around that do cool stuff. 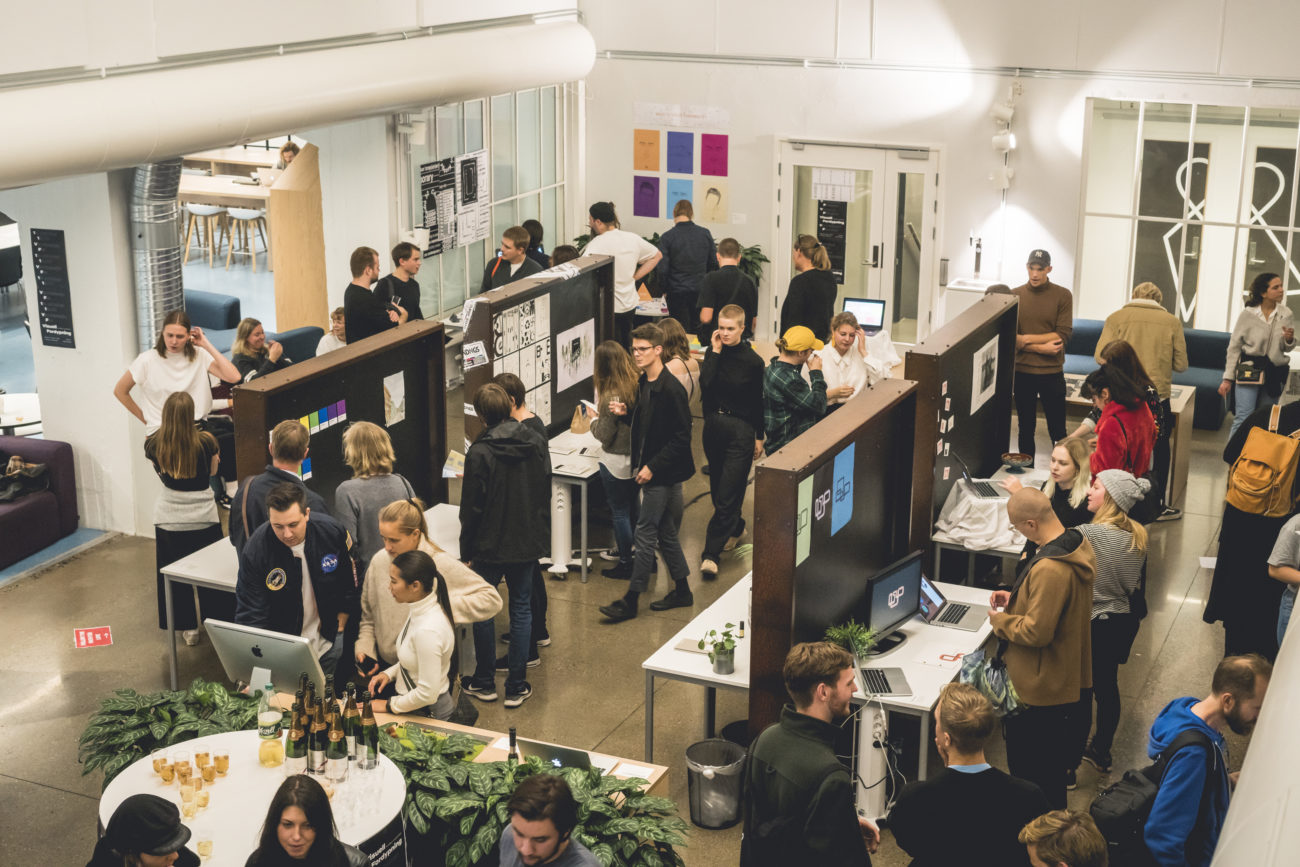 The writer, Mellina Villanueva, is an editor in Untold Editorial, the group of students and young people that produce The Creative Industry Brief. 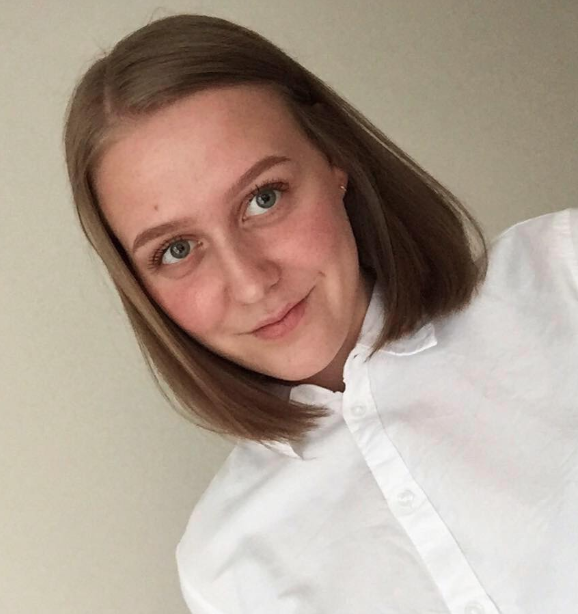 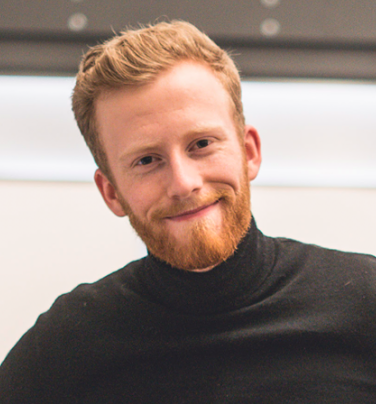